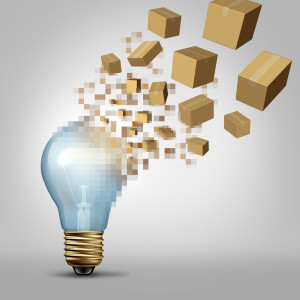 Sex and the City writer Julie Rottenberg recently published an article on LinkedIn about the road she took to her dream job – an interesting story about going from ‘wanting’ to ‘becoming’ what she wanted.

What struck me most in her story was her description of a pivotal moment of articulation – stating out loud exactly what she wanted.

I have had similar moments through my life where a vague idea moved beyond mere desire to take real shape at the point of saying it out loud. This is pivotal to the process of ‘becoming’ – taking something from concept to reality – because it is in the act of articulation where your idea takes on substance and form. Stating something out loud gives birth to your intention and releases it into the world. It brings with it resolve and enables you to more clearly see and feel what you want be.

In yoga setting an intention is pivotal to the practice. It takes the experience beyond simply moving though various exercises into a powerful practice where we anchor the energy we generate to something more substantial and more concrete.

It’s just one of the elements of a yoga practice that makes a difference in people’s lives and it does so because it harnesses the power of the mind and energy of the body to articulate and bring to fruition a single focused idea.

It is the power of positive thinking in action. What’s your intention today?